This event took place during the March Against Monsanto Rally on 2013-05-25. 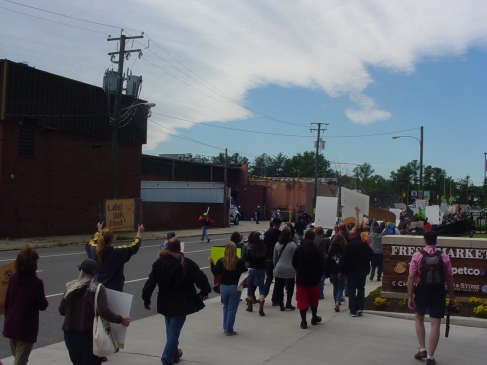 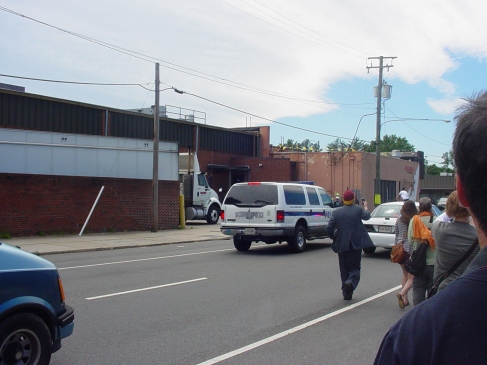 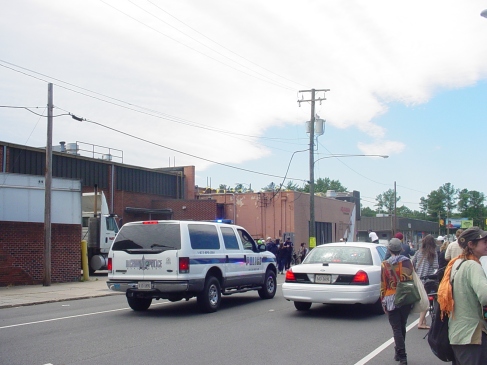 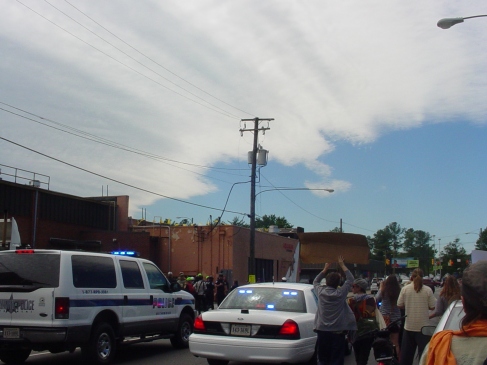 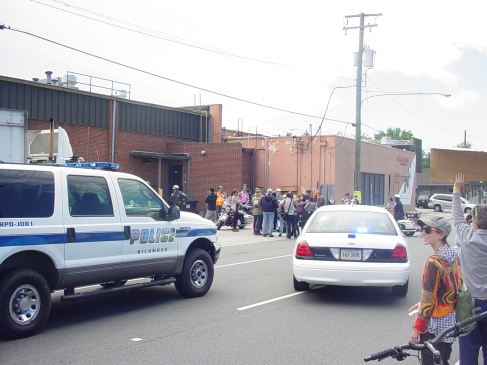 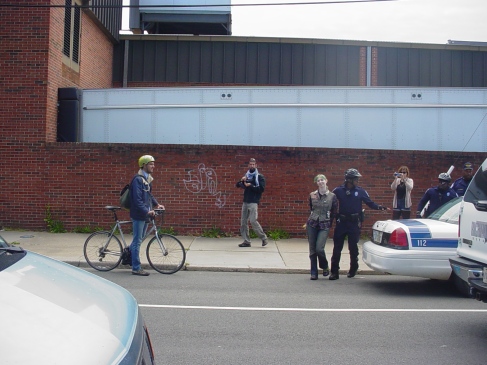 This one I entered in the Gallery 5 exhibit. 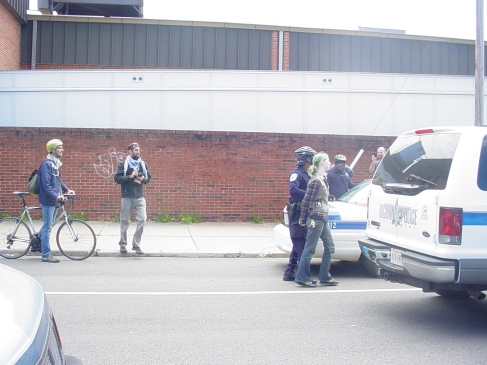 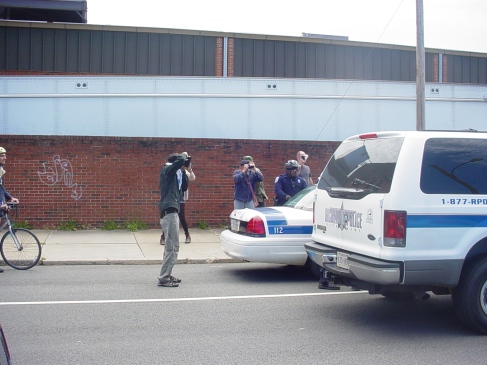 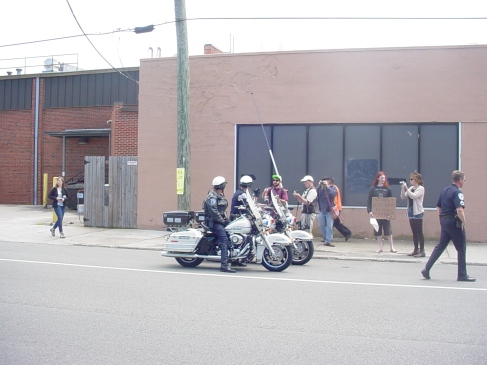 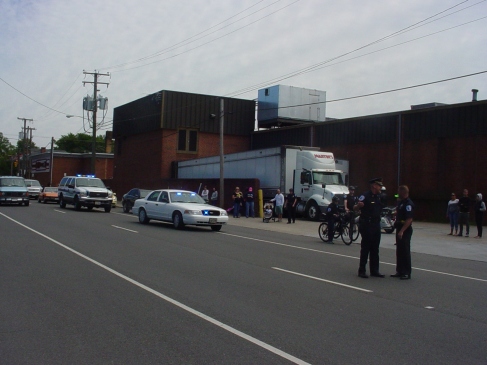 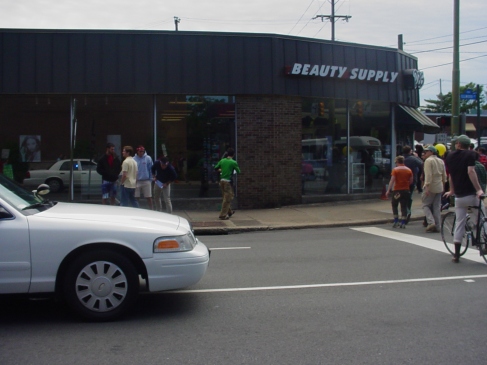 All this for one girl.

Video clip from the March Against Monsanto Rally that I took of her being detained.

They charged her with unlawful assembly.

“There were a few of us in the street, maybe at that point 6 or so maybe more but they were harassing my friend I was next to and started just getting aggressive and we were just silently walking and ignoring them so they just picked us two to kind of target then my guess decided to go for the less threatening target.” Summer Orcutt about being arrested at the event. “I think they were just trying to make a point and bully us around and used me to make it.”

She stated on some links on Facebook. I was there and as I stated before in my blog there was no reason for the police to have done this as well as several other incident that took place. Some of which are linked below. There were about 400 people assembled peacefully and probably unlawfully as the law puts it. So why wasn’t there 400 arrests and why wasn’t I arrested for covering it as press? But they chose to pick on her, why? And when you see some of what they did to others which I have linked below, were the police really there to protect anyone or start trouble and make a scene?

F. T. Rea’s video of the police running into and over a bicyclist during the march. Is this correct police procedure? This looks more like police misconduct to me.