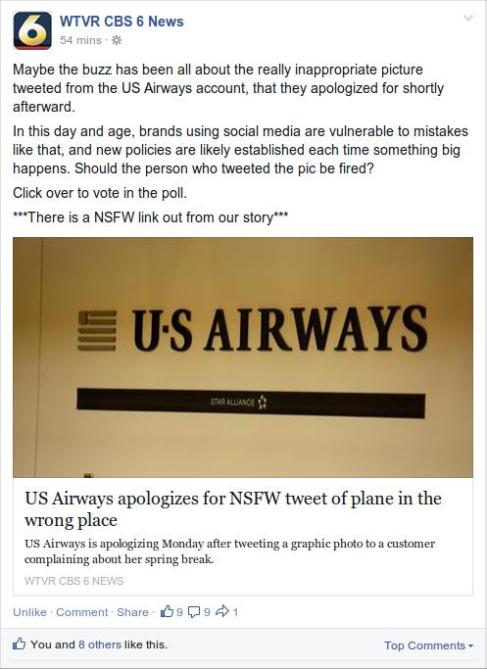 Every news outlet in the world will run with pieces like this, yet hardly any covered the Bundy Ranch standoff part 1. Some did however cover this event I will tell you about now. My friend Chris Dorsey who ran for sheriff of Richmond City VA. Was the center of attention Monday the 14th during the City Council meeting. I got an interview with him and will post it later in this article but I’ll let you read and follow the lies first.

At 11: Drama erupted at Richmond City Council tonight. After numerous outbursts, one person was hauled out and put in handcuffs.

Now I’ve known Reva Trammell for a long time and I respect her, but she knows Chris Dorsey isn’t a threat; and to make all this about a legally carried firearm is beyond crap. What about Chris rights as a free individual to not be man handled and…. but wait I’m getting ahead of myself. This article by Carlos Miller of Photography Is Not A Crime got it right. I posted this on the site.

“Here’s a little better article that at least sticks to the truth. By Carlos Miller. When I get the interview rendered I’m going to send it to Carlos Miller and several others along with the article to go with it.”

I posted this comment under the article on PINAC “I know Chris Dorsey and he was set up in this meeting. The issue of the “GUN” is just the excuse they used to get him out of the meeting so he couldn’t get his time to speak. They know him there and look for any way they can to shut him up and keep him from telling the truth. I have an interview I am working on getting rendered and put up about this incident from Chris Dorsey himself, and I’ll be telling what happened today at the end the IRS rally where I got the interview. I also have several other interviews with him and I support and am helping him in his fight to clean up Richmond, VA. We won’t even get into what they have done to me and my family, that’s another long story.”

So we will go with his version as the truth, now compare his version with the others. See some differences. We now get to Chris Dorsey’s account.

Here’s some of what Chris Dorsey had to say about what happened followed by my interview with him where he goes into detail what happened and some of his concerns about what was done to him.

“a man also called chris dorsey sovereign gives lawful orders to public servants who do not comprehend their duty. dorsey refuses to comply and then under duress writes the letters NA on an unlawful document he is handed. The letters NA symbolize the non assumpsit- The general issue in the action of assumpsit; being a plea by which the defendant avers that “he did not undertake” or promise as alleged.

Unlawful detention of a man aka chris dorsey

Here is the interview I shoot while we were at the IRS building being watched by DHS and half of Richmond’s finest and a slew of other costumed storm-troopers.

Videos of the event are here. EDITED

So what did I take away from all this today, what are my thoughts. Well FIRST and foremost we are living in this illusion that we are free with a tyrannical governing body that will do what it wants and does not care that the power it abuses came from the very people they are opposing. Freedom of speech does include VOLUME; unless an imperious DHS agent is there to WONDER IF EVERYTHING IS OKAY BECAUSE YOU WERE YELLING ACROSS THREE LANES OF TRAFFIC AT A REPRESENTATIVE OF THAT SAME SAID GOVERNING BODY. They will tell you where you can and can’t have said “free speech”. And when confronted with a camera they run like vampire’s from the first beams of daylight or recoil in terror like they saw a crucifix and scatter like cockroaches from the light. They don’t like cameras because cameras record their actions and they can’t hide from their crimes.

Yes you do have the right to freak out when you are breaking the law in front of someone who is recording you. You fully have the right to freak out. That is why they want to do away with the right to film them so they can continue to break the law without a record of it having happened. Some are so bold as to break the law on video because they know “we the people” will never hold them accountable. I wonder why they think that? Maybe because they get away with it so much.

But as a representative of the New Media I will hold them accountable for their actions. I will put the videos up of them breaking the law and doing things on video. I will name name’s and criticize their actions and inaction’s to hold them to some record of accountability. I will bring you the ugly truth and have it verified so you the readers can see just where we are in the rabbit hole. My view is not very nice but there are some rays of light shining through every now and again.

And if your sitting at home and not getting involved and just being a keyboard warrior what’s stopping you from coming out to events to show your support? Or is it just fun when you can sit on your butts and pretending to be doing something. The front lines needs people to show up and show we will take back what was taken from us. But I know it’s easier and safer to just talk about it and not do anything. Well that time is slowly coming to an end and you will be forced to choose between your freedoms and what tyranny you will put up with and it’s not pretty. I support a lot of causes and some of these causes overlap and conflict and some of the people don’t like others, you know what I DON’T CARE. I support the ideas and the freedom to chose. I also agree to disagree with people and support the causes that are right. I don’t have to like you to support you and what you are doing. TOO MANY people only want their own little cliques and their little circle of friends that pat them on the back and tell them how great they are. That’s fine but it won’t get the job done. What needs to happen is all these groups need to put aside their differences and their petty arguing and get together as cohesive unit, all united against one problem and that problem would cease to exist very quickly. But most of you couldn’t get together and decide the toppings you want on the pizza without starting a war amongst yourselves.

I thank Carlos Miller and Photography Is Not A Crime for running my interview with Chris Dorsey. I have more footage of the police around Richmond, VA not doing their job. I also have evidence of their incompetency. Them not filing reports, not doing what they legally should be doing, and violating my 1st amendment rights in my front yard. And being in my house without a warrant.

One of the main reasons they didn’t want Chris Dorsey to speak was he was calling for their arrests to answer for their crimes. He has brought up evidence of them rigging the elections. I have covered all of this and yet they still remain in power and are afraid of people speaking out. Would they have thrown me out of the press box; considering I do have credentials. I too hold a grudge against the way I was treated while obeying the damn law that were being broken and the criminals were aided by the police? And I have a permit to carry? As well as my 2nd amendment right, plus this is an open carry state so the “GUN” issue is sort of a moot point. They harass Chris Dorsey every chance they get and try to blame it on him because he does speak out.

http://youtu.be/nmbCpTyXzC0 Here’s me speaking before the City Council in 2009 just a few weeks after my friend was murdered and while my family was homeless because of the city’s HELP. Nothing they promised ever came about and they never helped the widow of my friend so yeah ask me why I fight them. As you can see in the video they knew all about what I was going through, and Reva Trammell speaks on my behave. I fully support Chris Dorsey in his fight 110%. We need people like him who will get things done.

Another question I have is they know Chris Dorsey always carries his weapon, so why was it a problem this Monday and no other Monday or any other time? The only answer has to be they were waiting and planning this. Wanting to make a big deal out of it and a petty showing to fit an agenda.

That sums it up will be doing more reporting on the follow ups and such in future article and once again thanks to Carlos Miller and Photography Is Not A Crime. STAY TUNED.

My Cat Can Blog
AirCrap.org