Go to https://housesutphin.com/ or to the Hidden Valley website https://truthbehindthehvc.wordpress.com/ for all the truth not made up crap by AJO. I have more news coming out soon. Don’t bother deleting the post I’ve shared it to my friends I have in the press already.

He’s still harassing the Hidden Valley Condos Advocates he hasn’t stopped. Isn’t he on trial for harassing them and he does it still? I’ve been trying to stop his shit since I found him stealing from the groups. He means he’ll tell you lies based on his warped perception of reality. I was on the Hidden Valley Condos story as PRESS a year before AJO came in and stole everything he could. What you do like what one, maybe two articles on the place glorifying you? And that was back in 2015? So that gives you the ultimate say in what’s going on? I’m still doing articles on what I’m finding about it.. While we’re on the subject is Kenneth High really Kevin John High of condo H? 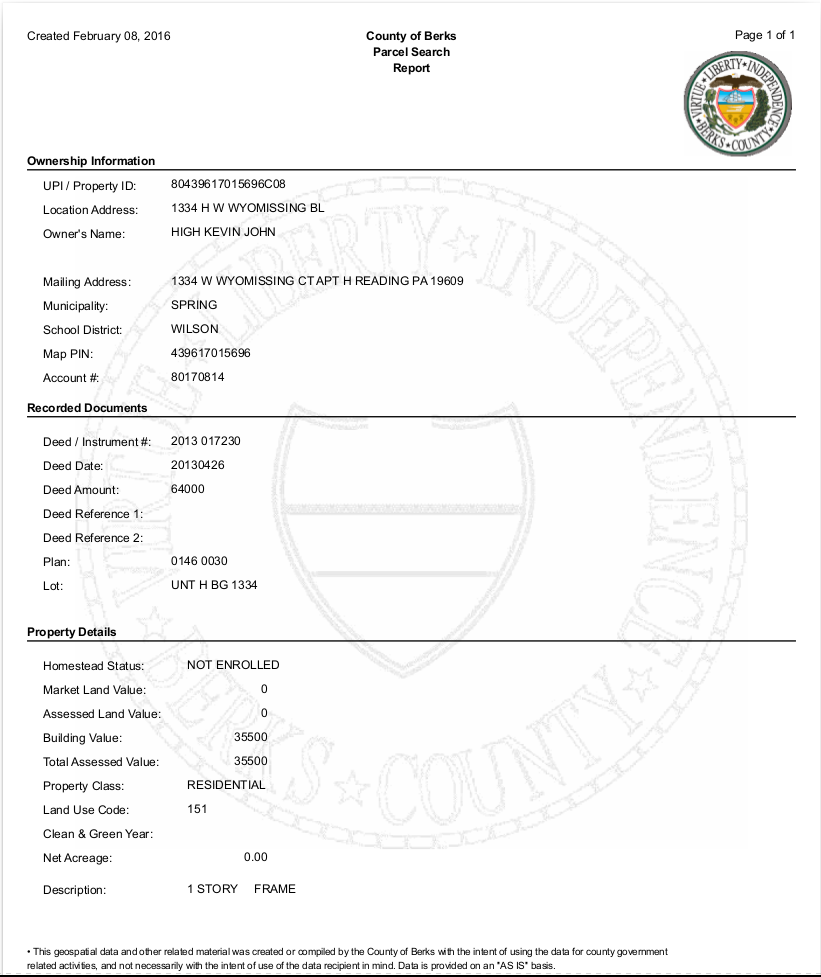 I’m still on the story go check out my blog for the whole truth on it not AJO‘s warped fairy tale. Been on the story for 4 years and am getting ready for the new article. Notice how AJO’s is always the victim and everyone is always wrong and only he is always right? And when you correct him you are attacking him…

Now I can’t help he uses names he’s not suppose to, that’s all on him, I can’t edit the internet but I can hold to my agreement with people. One thing AJO lacks is honor and keeping his word to people. And a binding agreement holds weight in the public eye or at least use to. I have done everything I can to keep the advocates names out of the public’s eye, and I have never put them in print as per our agreement. Now I have released information that they didn’t want out there, but when it’s public knowledge that anyone can find, hiding it is rather stupid. Hiding it looks bad and can cause troubles later on. I err on the side of truth and even if it makes me look bad I put out there everything, even when I get it wrong I will go back and correct it.

Quick side note here about the retraction I did in this story: I must state it’s not that I didn’t believe the story that Kelly Holland Bingaman brought forth and was telling me, https://housesutphin.com/2017/09/26/kelly-holland-bingaman-came-forward-with-her-story-of-andrew-ostrowski/, see the retraction https://housesutphin.com/2017/09/30/my-apology-to-don-baileys-email-setting-some-things-straight/; It was that I had no proof for my claims on the story and the weight of the evidence against the story I did have, outweighed what I was standing on. And I’d rather someone get away with something, then an innocent person suffer because I was an ass. That being said I have plenty of evidence against Andrew Joseph Ostrowski and I’m am presenting it in the next articles I am writing.

You will notice in the photos All the redactions on the emails from AJO. I’m having a hard time posting this crap because of all the redactions and hiding names and evidence against him. If I have my way I’m going to bring charges against him for the threats toward me and other things as well. If not I’ll have the pleasure of putting it out on the internet.

I’m questioning everything he has put out and the fake story of him being arrested with no warrant. I’ve questioned it since his ridiculous WWE fake video of the arrest. Where’s the damage that the police did when they broke in your house to illegally arrest him? Who sent the video out after he shut it down, it doesn’t post by itself when you shut the feed? Did they let him post it before they took you away, I mean they were there illegally and crap? Did someone who was there with him ( Karen ) let the police in? A lot of questions you refuse to answer.

AJO you wanted to have me on your show, so many times but yet I was never on, I even asked him to come on my show of course he ran, he won’t answer real questions without his band on merry misfits to help him. Whose the real coward picking on people and terrorizing them especial woman, stalking them, harassing them. The list goes on and on with him. And HVC advocates are not the only one’s he has done this too. He seem to have a history of this kind of thing. And if he thinks I’m defaming him sue me. I’d love the chance to get a trial against him for all the evidence I have on him. I’m not the one running and hiding.

And I’m wondering why if there are trials going on with him, why I have heard nothing about it when I have been uncovering all this crap. So my only course of action is to put all this crap out there and be done with it. I am still trying to get this building condemned, trying to protect the advocates image while not putting out there key evidence that would help them. And being put back on the shelf, till everything fucks up and I’m needed to once again pull peoples fat out of the fire. All for a thank you at best, yeah FML… I don’t get paid for this crap I go through. I’m here it seems to dig up dirt and write the story of everyone else doing things and taking the credit for all my work. Story of my damn life.

This is something that I found just recently that I never sent to him it’s an answer to your question based on what he misread on Mark Robbins blog.

“You implied I was writing an article over something you misread on someone’s blog; You then claimed I said things I in fact did not, and then you go ballistic, come after me for your perceived allegations then expect me to be nice to you well… go crawl back in your crack pipe..

You will get what I give you, when I give it to you, and not a moment before.

You are in no position to be ordering me or demanding a damn thing from me. TO DATE YOU HAVE NEVER DONE ONE DAMN THING for ME, or one damn thing you promised or said you would do.

I WANT THE FILES YOU STOLE FROM THE ADVOCATES OF HIDDEN VALLEY, you said you would give me my copies. All the stuff you on purpose FORGOT TO GIVE ME and the stuff you stole from John Sebastian. I want it all.

Dry up and blow away…

Your sins will be published worldwide…

HAVE A GOOD DAY. And don’t bother me again.”

See AJO will tell you crap to get you interested in what he’s doing get everyone on board then if you ask him questions or ask him to help you he will shun you and say you’re attacking him. If it doesn’t push his fractured fairy tale he want’s no part of it. I’ve asked him numerous times for help on getting stories out there that would help his image and he ignored me or asked me to do more crap for him, while never helping in return. I help with his campaign and did the “germ of destruction video” for him with the understanding he would help in return.  Instead all I got was GLEN do more and more shit for me and I might have you on my show. I can get on a lot of shows and have my own show I don’t need him for that. Then comes the threats and bullshit from him, and the lies. Like where is the Hidden Valley Condos videos for the documentary we were working on? You had Joe E. Sapienza shoot for you and then pulled from existence and said they didn’t exist. Now when you break an agreement and do stupid shit it’s okay, but don’t let anyone say anything about it because they are attacking you.

Notice that everything has to go to AJO and Joe E. Sapienza not the Hidden Valley Advocates or me? And also to notice the mention of Kenneth High. I will be putting out there more later I’ll end this for now. Stay tuned for more.