The CHEM-TROGS have warned me not to talk about CHEMTRAILS, AMANDA WILLIAMS or MADISONSTAR MOON… WELL I DO AS I PLEASE on my blog and I want to say to the CHEM-TROGS “GO STEP ON LEGOS TROGLODYTES”. You in no way even appear on my long list of things. I would totally ignore you but like one little mosquito you have to be dealt with.

I‘m having a real problem with what happened to my friend Amanda Williams AKA Madisonstar moon. First up who the hell cares if it is a made up name most of the superstars today are not using their real names. See Nicolas Kim Coppola I mean Nicolas Cage, Jonathan Stuart Leibowitz I mean Jon Stewart, get the idea CHEM-TROGS. She was using a pseudonym to protect herself from people and creeps such as yourselves. I do know that most of you don’t even live close to her or me. I am not afraid of you jerkoffs. You don’t scare me. You’re an electronic annoying blip on the internet. And I’m sorry that you can’t always have your way. Sorry there no awards for doing what you’re supposed to do. 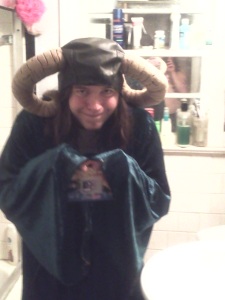 If you were so damn powerful and such where the hell where you in DC for the hearing? CRICKETS… Chirp. Chirp. Silence.. Yeah momma didn’t let you out of the basement or give you permission to go.. I know it’s okay.. And since the CHEM-TROGS have a short attention span I’ll keep this brief so they’ll read it.
Stay in your momma’s basement and shut the hell up.. Since they are having a hard time understanding let me simply explain some things to them.
TROGLODYTE – or CHEM-TROG: a person who is regarded as being deliberately ignorant.
This is the term to describe the truly ignorant persons that troll my wall and blog, telling me to stop talking about what comes out the ass end of an air plane. They also seem to think they are the only thing that matters and only their opinion is correct no matter how wrong it is.
http://www.urbandictionary.com/define.php?term=troglodyte
“A lower-functioning subspecies humanoid that usually inhabits subterranean dwellings, and enjoys frequenting Wal-Mart. They tend to chiefly subsist on some form of government/taxpayer assistance. Also, their young are typically referred to as hatchlings.”

A daily selection of the best content published on WordPress, collected for you by humans who love to read.

Arts and Politics from the Armpit of America